A few days ago, when we were eating dinner in a family-friendly izakaya (a type of Japanese restaurant, normally a drinking establishment), a group of young mothers with their children was sitting at the table next to us. Their little children were really behaving like little children, – when a glass of water was knocked over, one of them started crying because its clothes got wet, and soon another child was whining about wanting to go home because it was tired. When the group started leaving, one of the women came to us and apologized for all the noise. After that a group of elderly gentlemen, who were either in a particularly good mood or already a little bit drunk were to sit at that table. They joked around with the waitress and even started singing a song, which was all quite amusing.

On the way back to our apartment, I was in a good mood, too, and I immediately knew why: Every day, except for the weekends, I’m standing there sandwiched between indifferent people for almost an hour on my way to work in the subway. Since I haven’t yet acquired the ability to be as indifferent as my fellow passengers (but I am getting better at it!), every subway ride increases my stress level a lot. Why do this people seem to be so emotionless, I often ask myself, – although in reality I am already one of them, who, day in, day out almost like robots make their way out of the full trains, into the queue in front of the escalator, and then with their last ounce of strength take the countless stairs up, out of the subway station and into the daylight.

While living and working in Tokyo and experiencing this anonymity and emotionlessness of these crowds of people every day (I don’t even know, who our neighbors are), it does make me kind of happy to see or hear ‘normal’ interactions between people, noisy children or some joking old men. Don’t get me wrong, Tokyo is a great and exciting city, promising countless activities and of course THE shopping paradise, – and as an exchange student, I had a lot of fun here. However, I can’t really recommend living AND working in Tokyo full-time. With hours and hours of overtime and little free time, or a lot of time but not enough money for all the expensive fun things, or, even worse, not enough money besides lots of overtime, I just think that you could obtain a better work-life balance in other places. 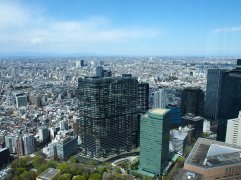 It might be especially hard for me to get used to this new life, because before I moved to Tokyo I have lived for two years in the so-called „inaka„, the countryside of Japan. I was living in a town of about 20,000 people (nothing compared to Tokyo, with its more than 13 million inhabitants!), without any shopping centers nearby, and with only one little train that departed about once an hour. My apartment was huge for one person, with its 64 square meters, and it was only a 4-minute walk to my workplace. The prices there were of course not comparable to Tokyo, as for my apartment and other living expenses I only paid a quarter of what I pay now, and the vegetables and fruits in the supermarkets that directly came from the local farms, were a lot cheaper than in the capital. The best things about my city however were probably the nature – and the people. The small town is surrounded by mountains, there are more areas with rice fields than with houses, and on most nights you can clearly see the stars shine in the sky. The people were very welcoming, in my favorite izakaya they all new my name, and in the supermarket there was often time for a small talk. It was only natural to greet others on the street, even if you didn’t know each other. 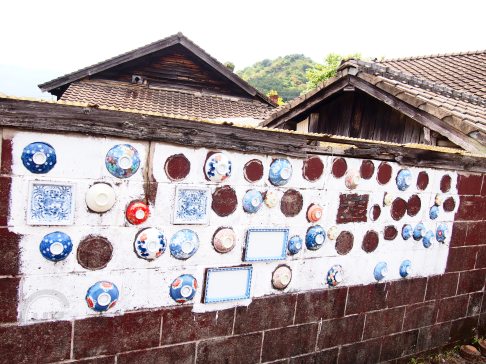 But, although I had a wonderful time there, life in the countryside of Japan (especially as a foreigner) of course also has its downsides. For example, I simply hated my huge and very poorly insulated apartment in winter – it was mostly only 1-2 degrees warmer than outside and honestly, it was sometimes warmer in the fridge than inside the house. In addition, I often had uninvited guests. Small frogs, salamanders and snails were quite cute, but the huge black spiders that I sometimes found in my cabinet or at my doors inside, were really terrifying for someone like me with a spider phobia. Besides, if I wanted to go out, I had to go to the nearest bigger city, which at least took an hour. In addition, as a (non-Asian-looking, plus a blonde) foreigner I always and everywhere stood out. I even experienced children pointing at me and shouting astonished „A foreigner!“. I couldn’t simply go somewhere without drawing attention to myself, and that can also be pretty stressful. In Tokyo, on the other hand, it is quite easy to blend into the crowd of tourists and working foreigners.

Although Tokyo means a lot of stress to me at the moment, and I get quite nostalgic when thinking back to my “inaka” Iife, I know that the grass is always greener on the other side of the fence… So, until I will move on again sometime in the future, I will give my best to get along with Tokyo!

5 Gedanken zu “Living in Japan: Tokyo vs. the Countryside”

The first month in this year of the mouse is already coming to an end 😱🐁 My New Year Resolution is to focus on the goals I want to achieve this year. Unfortunately I get distracted so easily, with all the various things I want to do and see... Any tips? ・ ・ ・ #newyearsresolution2020 #goals2020 #januarychallenge #livinginjapan🇯🇵 #deblogger #importantthingsinlife #japanesetemples #yearofthemouse #mindfulllife